Strange. I’m watching myself prepare to sit down and write this. A cup of tea placed, carefully, to one side, putting on my warm black waistcoat as it’s a little cooler today and this awareness of self makes me realise the need, our need, my need, for ritual; a preparation that’s needed (why?) for me to address this question.

So, as a starting point I’m aware that we’re physical beings as well as animals with a capacity to wonder. Why did our relations, so many years ago, feel impelled to paint animals on cave walls in Lascaux? I don’t know who first spoke the word sacred, but I feel there’s a strong sense of it embedded in our psyches and a need not only to express it in a sound, an Aw, but to share this awe, this O, this gasp, this sigh with others.

But, how to convey a sense of wonder that moves me, makes me tremble as I would have done before language was born and to wonder about this with others? Yes, I feel it’s possible to write a religious poem in the 21st. century, because at our very simplest the sense of the sacred is, I feel, coiled within our dna.

To be bewildered, in a maze, lost, whether in wonder or contemplation and to experience a moment of blinding awareness is to make us hunger for it again and again. It’s an ache for the sense of the miraculous; a longing to see whose presence flickers as a shadow, thrown on cave walls by fire.

And is form content? To try and answer this question I had to interpret the word form into meaning a structure or container and to interpret the word content into what the container might contain. For George Herbert and John Donne, in their respective poems ‘The Wreath’ and ‘Holy Sonnets,' certainty in their faith allowed them to create poems whose outer form harmonized with their inner meaning. But even then there was uncertainty as they wrote at the time of the English Civil Wars.

Hafiz, who found in the Ghazal “the ideal instrument to express the great tension between the opposites that exist in the world”, also wrote at a time of uncertainty. (fr. Hafiz, Tongue of the Hidden Poems from the Divan, version by Paul Smith, New Humanity Books 1998). What appeals to me about the Ghazal is the harmony that is yearned for between heart and mind, feeling and thinking, and which is brought into unity by love.

Perhaps these words are just another pattern of black marks on white paper? Perhaps if this paper was folded into an aeroplane and floated round shops and offices, buses and trains, it would make more sense?

Back to the question, and is form content? As I typed the word ‘form’ I thought of a hare, whose presence remains even when its form is empty. We can imagine a hare because we’ve seen its form, but how would we know what shape the hare was?

I feel an urge to make poems partly to remind myself of wonder and use the image-magic of words to conjure the presence of the hare. I’ve struggled with this question and feel, not envious, but a sigh that the hare has its form and that it fits the shape of its body. 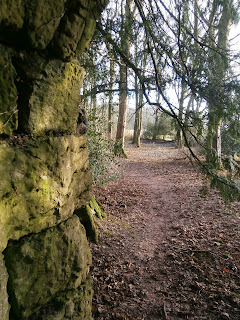 “The question, though, was something else: What does poetry itself offer us? Not to write about something else – ‘religion’ – but to find in ourselves and in response to being in the world a language of religious – what? news? sensibility? experience? – by means of poetry.
-       David Hart April 2004

Posted by Geraldine Green at 01:44