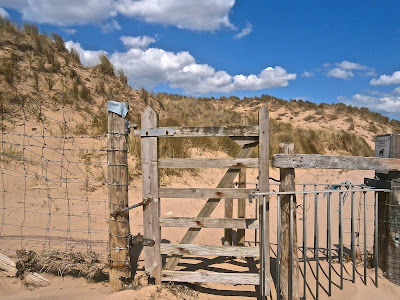 ... so, yesterday got onto the path that runs alongside the fence at Walney airport, heard the rustle of a largish animal the other side of the fence. Not a dog, not a fox, it sounded too big for that. Maybe a Roe deer? I've no idea! After that it was onto the salt marshes for the second bird counting day, into a strong north easterly. 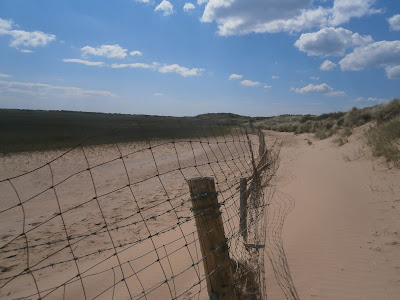 I've got a map of the salt marsh reserve and am learning the initials to put on it when a bird is spotted, L for Lapwing, WW for Willow Warbler, MP Meadow Pipit, ET Little Egret. A circle round the initial means song, underlined means it's calling... it's like learning a new language, almost a found poem... arrows for direction the birds are flying, a kind of starburst round an R indicates an aggressive encounter between two Robins. Saw a fair few Meadow Pipits, pair of Goldfinches,a Lapwing displaying, a Curlew (CU) hunkered down in a mud gully 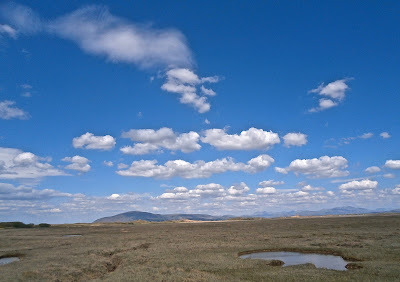 Couldn't believe it that the Fox we spotted sniffing, quartering here and there near a large willow last week was again seen yesterday, same place, same behaviour, same sudden scenting us. It paused in its actions. Turned and eyeballed us. Its fox-mask-face glowing richredbrown against the newly freshening green of the salt marshed edge lands.


In the distance the A590 a subdued roar. Walney airport. Quiet of planes. Barrow Town Hall and St. Mary's church spire, way way in the distance to the south. To the north the hefty hump of Black Combe, right of that the Scafells, Coniston Old Man, Fairfield. 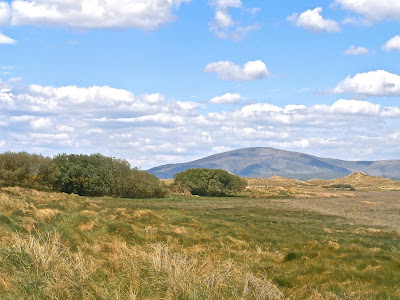 Walked into the wind right down to the very end of the salt marched reserve, to the gate that leads to the dunes. The sand a dazzling sable, windblown into giant waves. On the way back saw a clock face, lying on the marsh, it'd stopped at 3.55pm. Time and Tide etc. Other oddities that appealed to me: an old wheelie bin, lying on its side, barnacled. Gorse and Heart's Ease sang brightly. 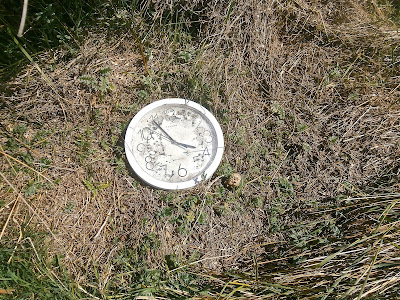 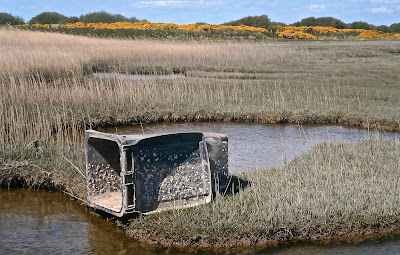 In the field where my niece looks after five horses a Lapwing, Crow and small birds mobbed and dived at a male Sparrowhawk, SH.


Then it was home to tea and flapjacks, to bird-bathing blackbirds, and a walk on Aldingham’s windswept, salt dried sand, "salt road into the bay".


from North to South on the map: