SERMONS IN STONES, A MINE CALLED FLORENCE 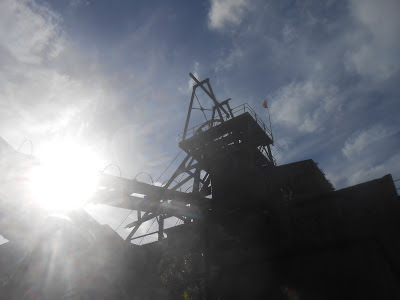 SERMONS IN STONE, A MINE CALLED FLORENCE

Thinking about the project I did with photographer Michael Poulter a few years ago, recording images and stories of the Florence Mine, Egremont. How we’d spend time talking with the handful of Miners who’d bought shares in the Mine when it had been made redundant.

How I would tell them of time my Dad spent, working the Iron Ore Mines around Egremont and Frizington. How Mam would tell me about crockery on the dresser that would rattle and shake when there were explosions below their little cottage next to the railway line in Moor Row – now demolished.

But this story is about those who had faith and passion in the Mine. Mining it for iron ore when it had been declared uneconomical, closed, no more.

Michael and I went down the mine several times, he to take photos, me to absorb walls, stories, people, the journey with men and their families, like my own. Men below ground, women and children above.

The story of Mam's, she'd tell me how close one seam was to the surface that on Sundays when people were singing and praying at Mass in Cleator Moor, the men below in the mines would stop. Listen. Start singing the hymns that those above ground were singing.

How an Italian miner could be heard, playing his harmonica, as he came up the incline from the mine then go home from work.

Miners were drawn from Poland, Italy and before that, from Cornwall. Which is why my paternal Grandma is Cornish and I have Italian and Polish cousins, besides all the Irish.

But this is more than the general. More than my family.

This is about one man’s passion for A Mine Called Florence.  A man who, when feeling in need of solitude, would go down the mine, be silent, be still, listen, or do nothing but be in the presence of himself, memories and minerals.

“water drowns the artefacts,
rails, wagons
and all and
creeps up the inclined adit
as well as the vertical shaft.
I gather it is still rising.” 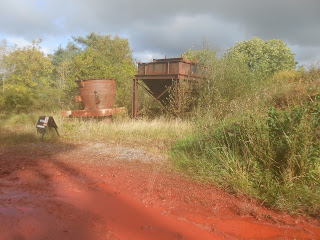 WATER DROWNS THE MINE 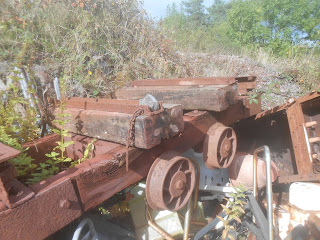 I recall going down the mine for the first time. Helmets on. Overalls, too. And a heavy leather belt with a battery attached, in case the head lamps on our torches failed. Not for the fainthearted, we went down the steep incline, Michael, G. and I. It grew warmer the deeper went. On the way down G. explained the geological stratas and I have them, written down, and will find them in one of my notebooks (more later!)

I have to return to now, as I type this, because the stratas mean to me, right now, the layers of us as we are, us now. Our layers. Our geology. Our connections. Our family trees, our stories… and this means a lot to me. Not just mine, but yours and the non-human with whom we share our earth-home.

How we are who we are. How we came to be how we are. The families, yes, who shaped us, but the rocks, flora, fauna, sounds, images, smells that assailed our senses as we grew up to be who we are.

For G. that mine was a cathedral. For me the Furness Peninsula is a – what? Church, chapel, open air temple? All this, and more. For others it's different, but still the senses shape us: experience, memory, our creaturely selves and our creature-neighbours.

The experience of G. saying to Michael and me “Now, turn off your head lamps” We did. The most silent, soft black nothing I have experienced.

“Now, turn them on, but point your heads up!”

We did as G. asked. Did as he asked and saw a glitter of specularite in rock above our heads, saw a ceiling of Aladdin, a dazzle of silver sparklets in haematite kidney ore.

"These are men's hearts in the earth"

Their hands
ore-stained
or grimed
with coal
hard-knuckled
their eyes
see in the dark
their songs float
harmonica-music
up the incline.

Men's arms that
raise the hammer
that strike the rock
that make earth bleed
that give us iron
that give us steel
and coal
this day.

These are
men’s hearts.
Here in the iron
in the steel
in the coal
in the clay
here, now,
in decay. 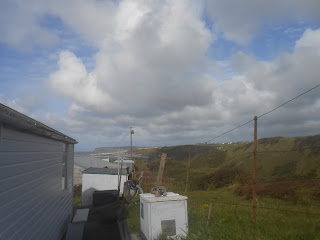