YESTERDAY WE WALKED OUR STORIES ... 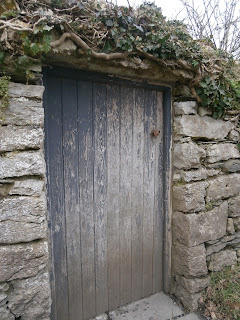 … from The Malt Kiln, Bardsea, Well House, past Hag Wood and up onto Birkrigg, into the stone circle …

Hard to believe that we had snow again yesterday for our February ‘Walking Stories” creative writing workshop, although not as bad as in January.

Thank you to the six enthusiastic writers who came to Bardsea and plunged into writing in response to exercises such as describing an activity or task. This in response to reading out two poems, ‘Blackberry Eating” by Galway Kinnell, with its marvellously energising words such as strengths, squinched and broughamed, and Vicki Feaver’s journey poem “Ironing” that takes the reader from chore to to self-empowerment and re-birth, arriving at the wonderfully sensuous ending:

“   …until my blouse dries
to a shining, creaseless blue,
an airy shape with room to push
my arms, breasts, lungs, heart into.

Other exercises involved the group writing in response to a variety of objects, rusty nail, bird skulls, sea urchin, rusty key, beach glass, piece of driftwood with arms outstretched, a heavy old chain, and a bird’s nest configuration of wild wires in concrete – and yes, the wires were rusty! I like rust, its texture and colours. I asked questions including “How did the object get here?” “What’s its story?” What does it remind you of?”

As the group sat and wrote, outside the snow started falling; at first soft flurries, then gathered pace, swirling .. we walked from the Malt Kiln, down the lane to Well House, past Hag Wood and up onto Birkrigg on an old cart track, limestone walls each side of us, mossed, lichened, to one side sheep and mole hills, crumbled rich brown soil in a cropped field of green. Ash trees either side with snakeskinned diamond-back bark, no ash die-back here – yet.

Before we went out I’d asked the group to choose a place to stand or sit and spend a few minutes jotting down what they saw, to left, right, at their feet and above their head, directly in front and what they imagined was behind.  A second request was that they select a location to place the object they wrote about before lunch and imagine that object there – the more unusual or incongruous the location the better! And to write a dialogue between the object and the chosen location, asking the questions: How do you think the object feels to be there? How does the chosen place feel like sharing its space with the object?

We discussed dwelling in and on a poem; how a poem could be perceived as a place where the reader can enter, dwell for a while, before leaving, each reader bringing to a poem, or place, their own recollections. The title of my workshop comes from Allice Legat who, in her essay ‘Walking Stories; Leaving Footprints’, states:

“'Once one has gained personal knowledge one tells one’s own stories and eventually leaves one’s own footprints for the future. And as Ridington says of the Dane-zaa, ‘each telling is an interpretive re-creation rather than a recitation’” (Legat in Ingold and Vergunst 2008: 38).

This idea of ‘interpretive re-creation rather than a recitation’ could also be said to be true of poetry; how, when a reader enters the poem and his/her imagination is stimulated, that poem is reactivated, re-created in the light of the reader’s own personal history, experiences, culture, emotional, spiritual and psychological state."  - taken from my reflective thesis doctorate "An Exploration of Identity and Environment through Poetry" Lancaster University 2012.


The lane up and up to the common with its 360 degree views to sea and fells where we wandered, is so magnetic we spent a while talking, pausing, reflecting, walking, jotting before returning to the Malt Kiln for hot drinks and more writing. It’s so satisfying seeing a group eagerly sit down and write, pens flying over paper like Vicki Feaver’s hot iron over creased shirts!

There was a lot of fine, strong writing produced yesterday and I’m so proud and pleased to have provided the writing ‘triggers’ that stimulated it. We decided to each submit one or two pieces of writing for a small anthology celebrating the work produced by the group between last September until May this year.

Huge thanks to each of you for being so wholehearted about your writing, so energising! You walked your stories … 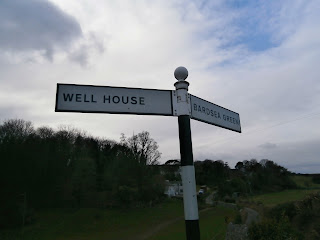 Posted by Geraldine Green at 01:35