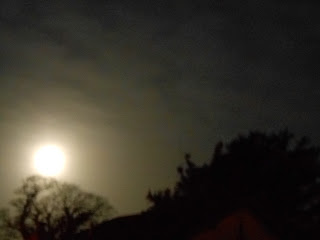 I was driving back from a visit to a friend’s last week, along a narrow, single-track road in North Cumbria. The day had been one of those days, weather-wise, that makes you simultaneously want to hunker down inside, or go outside, fling your arms wide and say ‘blow wind, crack your cheeks!’ – Lear-like.

Well, I did both. Ate soup and soaked up conversation with my friends, spoke of the exquisite joy that age can bring of seeing things almost afresh, so that even the simple act of feeding the birds and seeing them feed brings a quiet joy, or sharing an anecdote of a red squirrel’s antics in the deep snow we had back in March. How it tried to climb the bird-table pole, kept slipping, chittered to itself, fell off into soft, piled up snow and how my friend took a photo of it. You could see the frustration and humph! in that red squirrel’s face, a clear expression of disgust in its scrunched-up nose.

When I walked Roy after lunch, I met a couple of walkers who had set off along the Cumbrian-way, which starts in the Gill, Ulverston, where I live in South Cumbria. They told me they didn’t bother going over Skiddaw as the wind was bad enough on the top of High Pike, blowing over 70 mph. One of them pointed to Roy, who’s a Border Collie and said, we saw a shepherd with a few of those up on the tops, just think! all the miles those dogs run, gathering up the sheep in all weather! We looked at Roy, eager in the rain and high wind to get going again, down the lane.

The lane runs at a higher level to the one I drove along later in the day. It’s a clarty old farm-track with flooded puddles of water at the start of it and in the middle, but the views over to the west, north west, and of the long, lane climbing out of the village, soon to be lined with egg-yolk-coloured gorse, is one engraved on my retina, or maybe the eyes of my heart.

It’s a track of the badgers that inhabit this fellside. I’ve seen them late at night when taking a variety of dogs for pee-poo walks down the lane; seen them stop and pause at the corner where the beech tree marks the joining of track and lane. Seen them coming up the road, black and silver creatures of moon and shadow.

Driving home the other evening it was a hare I saw, as I drove slowly down the narrow road. A hare that bounded nonchalantly right in front of my car, from the hedgerow on the left and into the field on the right; long-legged creature of domed head and large eyes, animal of myth and moon, a hare that crossed the lane, one side to the other, with a bright, quick-eyed glance. Then paused to look before elegantly loping up the fellside.

And it struck me. It was a similar feeling to one I've had when driving on a motorway and you see, slowly ambling across a bridge above you, cows going to and from milking. Sometimes they pause in their swinging tails and heavy udders, stop and look at the whizz-bang thunder of traffic below them. The cows, like the hare, in their own rhythm, in harmony with nature. The hare more so than the cows, because of the cows’ domesticity, but still a different rhythm, aligned with the rhythm of land and seasons...

... thought: we're out of kilter in our fast, metal-boxed enclosure of cars, locked out of smell and taste, panic and fear, sun and wind, joy of spring, death in winter, of other creatures.  I recalled two poets. One in whose workshop I wrote of the scratchy, horizontal noise of traffic across the sky, in contrast with the vertical drop of melodic birdsong. And the other poet whose poetry helps nudge me back into the more natural, fluid alignment of the hare, whose path I hope to follow in my own life and poetry.

Posted by Geraldine Green at 09:19